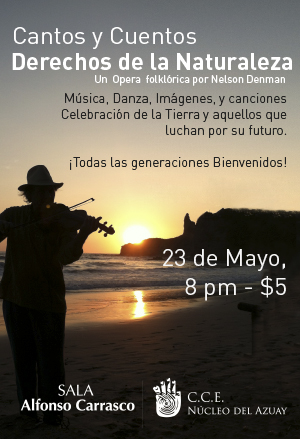 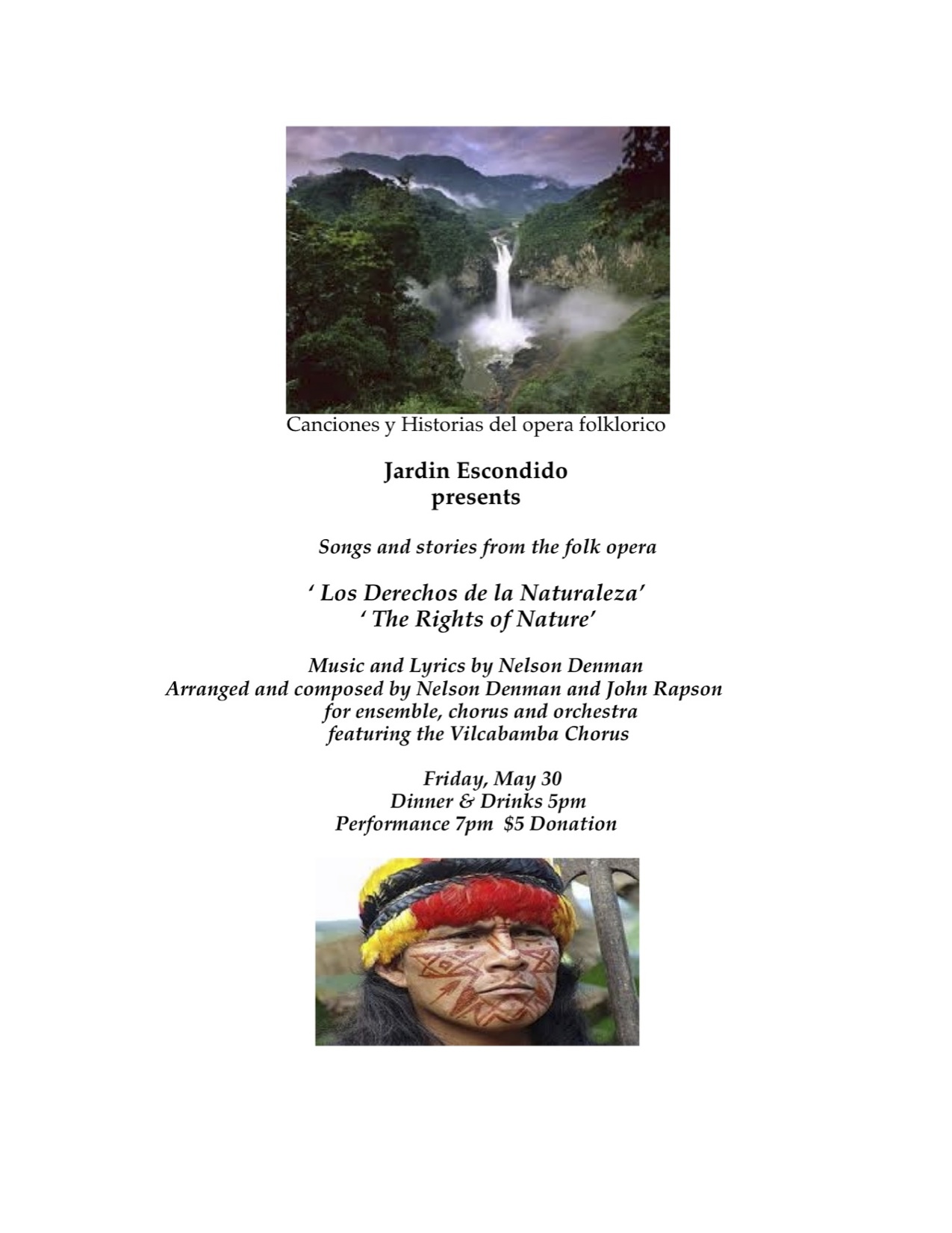 This is a fundraising video for my folk opera that I am writing and composing, entitled: “The Rights of Nature.” I am looking for financial assistance and donations for this worthy project.

At the right is a PayPal donation link which goes directly into my account for this project. The phases of the project and projected funding required is at this page here.  If you’d rather send a check, please contact me at this email: nelsondenman@gmail.com. Or call me! 808-987-2731.

Thank You & Blessings to All Our Relations!

Nelson’s music opens doors of consciousness, singing the oneness of the Earth and her wonders. His voice spans borders and human differences. Using humor, vitality, good information, true spirit and his gifted hands.

Rights of Nature and Mother Earth

Winona LaDuke has a viewpoint you won’t want to miss, on how Native peoples often pay the price for huge mineral and fossil fuel companies having their way with the Earth.

She writes in an article on The Progressive:

The DeBeers mining company has invaded the Cree territory of the far north of Canada’s James Bay, pulling $5 billion worth of diamonds out annually, and relegating the Cree people to Third World conditions. Their water is contaminated, and a plague of scabies and impetigo has hit the tribe.

But the extremists who would destroy the Earth have not recognized the power of people and resistance.

In Canada, the “Idle No More” campaign emerged in the depth of winter, and this spring, has taken root, as First Nations stand against the Harper administration and the corporations.

Rights of Nature and the Green Economy

Click to read “At the Crossroads Between the ‘Green Economy’ and Rights of Nature” by Pablo Solón: www.commondreams.org

The Pachamama Alliance is a founder of the Global Alliance for the Rights of Nature.

On March 30, 2011, the Provincial Court in Loja, Ecuador ruled in favor of Nature marking the first successful case enforcing Rights of Nature outlined in the 2008 Constitution.

One of the great world leaders speaks out…

Time to End War Against the Earth

When we think of wars in our times, our minds turn to Iraq and Afghanistan. But the bigger war is the war against the planet. This war has its roots in an economy that fails to respect ecological and ethical limits – limits to inequality, limits to injustice, limits to greed and economic concentration.

A handful of corporations and of powerful countries seeks to control the earth’s resources and transform the planet into a supermarket in which everything is for sale. They want to sell our water, genes, cells, organs, knowledge, cultures and future.

The continuing wars in Afghanistan, Iraq and onwards are not only about “blood for oil”. As they unfold, we will see that they are about blood for food, blood for genes and biodiversity and blood for water.

The war mentality underlying military-industrial agriculture is evident from the names of Monsanto’s herbicides – ”Round-Up”, ”Machete”, ”Lasso”. American Home Products, which has merged with Monsanto, gives its herbicides similarly aggressive names, including ”Pentagon” and ”Squadron”.This is the language of war. Sustainability is based on peace with the earth.

The war against the earth begins in the mind. Violent thoughts shape violent actions. Violent categories construct violent tools. And nowhere is this more vivid than in the metaphors and methods on which industrial, agricultural and food production is based. Factories that produced poisons and explosives to kill people during wars were transformed into factories producing agri-chemicals after the wars.

The year 1984 woke me up to the fact that something was terribly wrong with the way food was produced. With the violence in Punjab and the disaster in Bhopal, agriculture looked like war. That is when I wrote The Violence of the Green Revolution and why I started Navdanya as a movement for an agriculture free of poisons and toxics.

Pesticides, which started as war chemicals, have failed to control pests. Genetic engineering was supposed to provide an alternative to toxic chemicals. Instead, it has led to increased use of pesticides and herbicides and unleashed a war against farmers.

The high-cost feeds and high-cost chemicals are trapping farmers in debt – and the debt trap is pushing farmers to suicide. According to official data, more than 200,000 Indian farmers have committed suicide in India since 1997.

Making peace with the earth was always an ethical and ecological imperative. It has now become a survival imperative for our species.

Violence to the soil, to biodiversity, to water, to atmosphere, to farms and farmers produces a warlike food system that is unable to feed people. One billion people are hungry. Two billion suffer food-related diseases – obesity, diabetes, hypertension and cancers.

When every aspect of life is commercialized, living becomes more costly, and people are poor, even if they earn more than a dollar a day. On the other hand, people can be affluent in material terms, even without the money economy, if they have access to land, their soils are fertile, their rivers flow clean, their cultures are rich and carry traditions of producing beautiful homes and clothing and delicious food, and there is social cohesion, solidarity and spirit of community.

The elevation of the domain of the market, and money as man-made capital, to the position of the highest organizing principle for societies and the only measure of our well-being has led to the undermining of the processes that maintain and sustain life in nature and society.

The richer we get, the poorer we become ecologically and culturally. The growth of affluence, measured in money, is leading to a growth in poverty at the material, cultural, ecological and spiritual levels.

The real currency of life is life itself and this view raises questions: how do we look at ourselves in this world? What are humans for? And are we merely a money-making and resource-guzzling machine? Or do we have a higher purpose, a higher end?

I believe that ”earth democracy” enables us to envision and create living democracies based on the intrinsic worth of all species, all peoples, all cultures – a just and equal sharing of this earth’s vital resources, and sharing the decisions about the use of the earth’s resources.

Earth democracy protects the ecological processes that maintain life and the fundamental human rights that are the basis of the right to life, including the right to water, food, health, education, jobs and livelihoods.

We have to make a choice. Will we obey the market laws of corporate greed or Gaia’s laws for maintenance of the earth’s ecosystems and the diversity of its beings?

Defending the rights of Mother Earth is therefore the most important human rights and social justice struggle. It is the broadest peace movement of our times.

This is an edited version of Dr Vandana Shiva’s speech at the Sydney Opera House last night.

Vandana Shiva is an Indian feminist and environmental activist.  She is the founder/director of Navdanya Research Foundation for Science, Technology, and Ecology.

Creative media by the Rainforest Action Network and the Yes Men